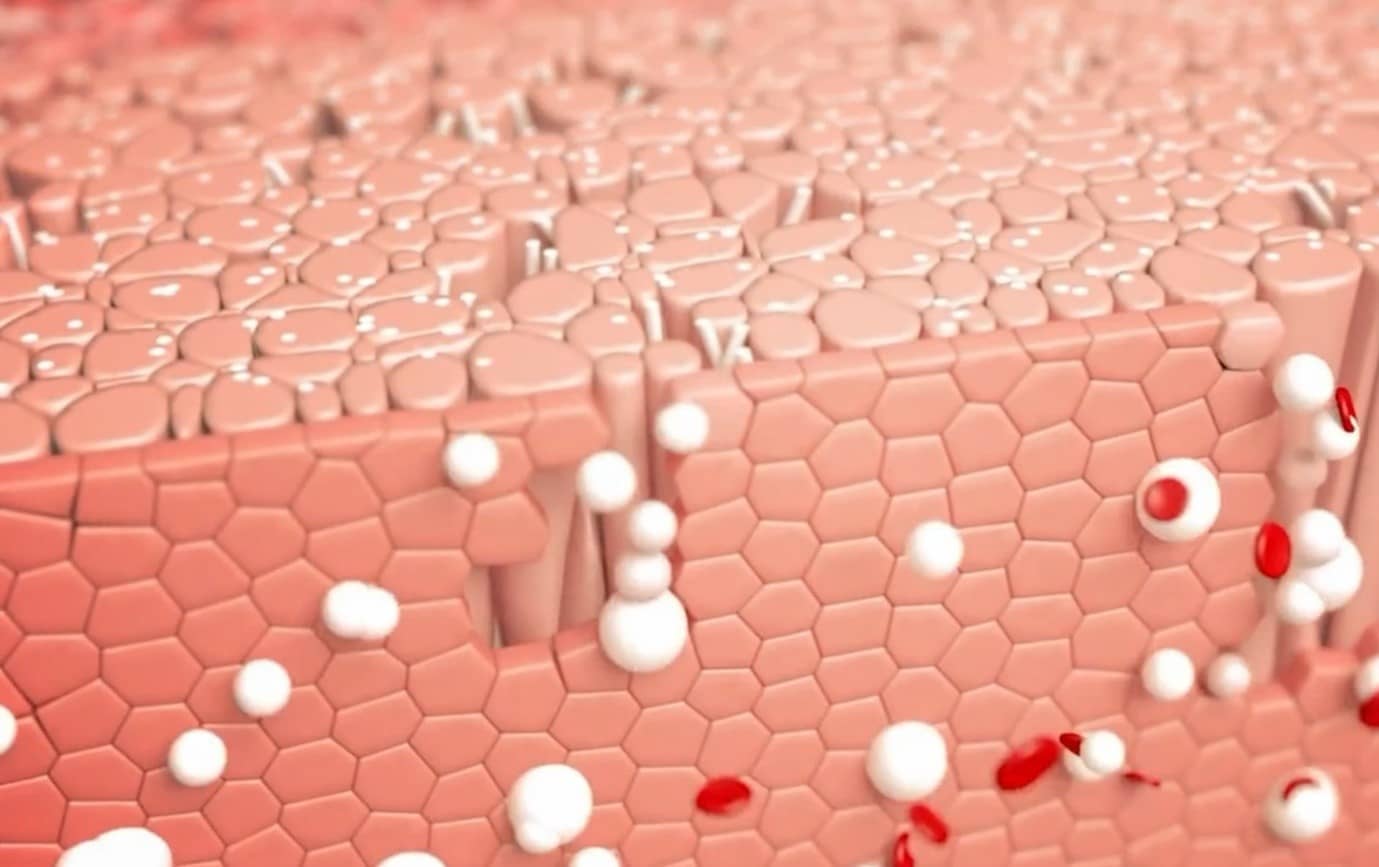 Cells that organize on biomaterials.  Noord-Brabant, the southern province of the Netherlands is planning industrial production of biomaterials for regenerative medicine.  (Source: STENTiT video)

Many lives have been saved due to advances in medicine, but in fact, more and more people are living longer with chronic diseases such as diabetes, osteoarthritis, arteriosclerosis obliterans, chronic renal failure, Alzheimer etc.  Relieving symptoms and slowing the progression of chronic diseases is the main focus of current healthcare, which is costly, labor intensive and unsustainable in the long term.

Regenerative medicine, the “next-generation medicine,” gets attention as a solution to these problems.

It uses special cells called "stem cells" to restore lost functions by regenerating degenerated, diseased, or damaged tissues and organs.  It is expected to be a therapeutic method for chronic diseases, which are said to be incurable at this moment.

Regenerative medicine relies on manual labor now and costly, and it is not widely done worldwide.  In the Netherlands, there are movements to make this medical care accessible for the patients.  They are trying to create a system that can mass-produce stem cells, tissues and biomaterials.

At TU/e, biomaterials that serve as scaffolds for artificial heart valves were developed. (Source: Xeltis video)

For example, Eindhoven University of Technology (TU/e) in Brabant, in the southern province of the Netherlands, is researching ways to replace non-functioning heart valves with artificial ones.

The problem is that when artificial valves are implanted in a children's body, they do not grow as the body grows, and they have to repeat high-risk surgery.  But TU/e is trying to solve this problem by combining living cells and biomaterials to make artificial valves growable.

To achieve this, TU/e has  developed a new fiber material that serves as a scaffold for cells to adhere and proliferate into heart valve tissue.  According to a professor of TU/e, Jan van Hest, it started off with a fundamental study of a number of his colleagues about supramolecular materials, which are bound by weak bonds called “non-covalent interactions”.

“Because of the dynamics, the material can really change and adapt to changing environments.  And that's exactly what you need in the body”, van Hest says.

Based on this basic research, engineers developed fiber materials and processed them into composite materials.  It has been commercialized by the TU/e spin-off startup called Xeltis.   They have already done patient studies and there are already successful examples.

There is also another spin-off from a different department of TU/e, called STENTiT, and they are developing regenerative endovascular implant that is biodegradable.

“The next step is to make this these technologiesy accessible to larger audience.” (van Hest)

Participation by Fujifilm, toward mass production of biomaterial

The Smart Biomaterials Consortium (SBMC) is playing a central role in the Eindhoven project. More than 40 companies and research institutes, including Xeltis, STENTiT, and Japan's Fujifilm Corporation, are listed as members. , and SBMC promotes collaboration among these companies and organizations and supports the development of new biomaterials and biodegradable materials.

According to SBMC Managing Director, Jan Rietsema, the organization focuses on hydrogel, a gel-like substance that contains water inside, and biodegradable implants, including the above-mentioned artificial valve.  “Hydrogels are used to accelerate cell culture and deliver drugs or cells and tissues into the body.  Biodegradable implants are specifically constructed to support the growth of new functional tissue in the body.  It dissolves in the body, so they don’t need to be surgically removed." says Rietsema. 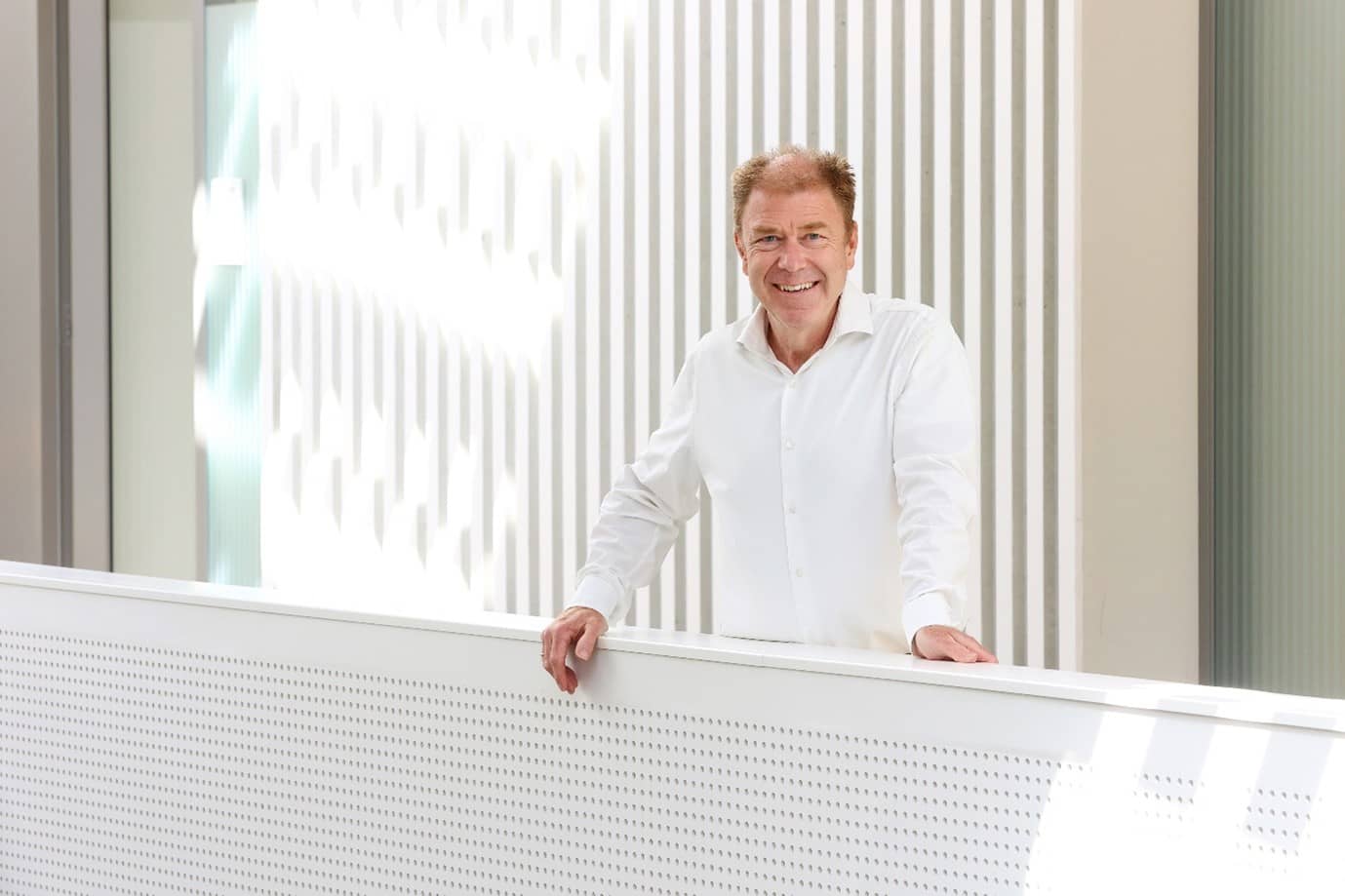 SBMC is currently working on two projects.  One of them is a facility for member companies to develop new biomaterials.  They have facilities to experiment to see how cells react on biomaterials and to test the products.

Another project is to open a pilot line for biomaterials and biodegradable implants at the Brainport Industry Campus (BIC) in Eindhoven.  The clean rooms are constructed in 2023 and the line will be opened in 2024.

“Everything has to be clinically validated and manufactured under strict GMP, the standards for pharmaceutical manufacturing and quality control.  Also the logistics is one topic you have to think of to send the products all over the world.” (Rietsema)

The business model of SBMC includes contract development and contract manufacturing of biomaterials and biodegradable implants as well as provision of regulatory advice and support regarding product development and production technology.

“SBMC is looking for cooperation from various players, such as organizations that want to develop new biomaterials and biodegradable implants, companies with materials or technologies such as 3D printing and electrospinning, and medical companies that focus on regenerative medicine etc”, says Rietsema.

The regenerative medicine ecosystem spread across four locations in the Netherlands

Participating members share a long-term vision called "Moonshot" to realize the accessible regenerative medicine for the patients with chronic diseases such as diabetes type 1, renal failure, osteoarthritis, and cardiovascular disease, which are increasing worldwide.  They are trying to build an infrastructure for regenerative medicine in the Netherlands.

The regenerative medicine pilot lines will be opened in Leiden, Utrecht, Eindhoven and Maastricht in the Netherlands. (Material: RegMed XB)

Currently, it is planed to open four different pilot lines in the Netherlands.  The four regions are Leiden, Utrecht, Maastricht, and Eindhoven.  They plan the production of stem cells at 'Leiden Bio Science Park', tissues at 'Utrecht Science Park', more complex organisms (organoids) at the 'Maastricht Health Campus', and biomaterials in Eindhoven.

In September 2021, the Dutch government announced a €56 million investment to build these pilot lines over the next three years.  The movement to build infrastructure for regenerative medicine has just begun, but it is making steady progress.

Regenerative medicine is a “lofty flower”

There are various forms of regenerative medicine.  What is currently being practiced in many medical institutions in Japan is using patient's own cells called "somatic stem cells".  After the cells are taken out and grown outside their body, they are returned to the patient’s body and it repair the damaged parts.  Such regenerative medicine is already being offered as treatments for osteoarthritis, arteriosclerosis obliterans, and the damage by cerebral infarction etc.

The ”iPS cells" developed by Nobel Prize-winning Professor Shinya Yamanaka of The Center for iPS Cell Research and Application (CiRA) are versatile multifunctional stem cells that are created by inserting genes into cells such as skin, and can grow into various biological tissues.  Japan is famous for its regenerative medicine research on iPS cells.  In 2014, the world's first transplantation of retinal pigment epithelial cells using iPS cells was successfully operated.  These cells are also used to investigate the causes of diseases and develop new drugs. 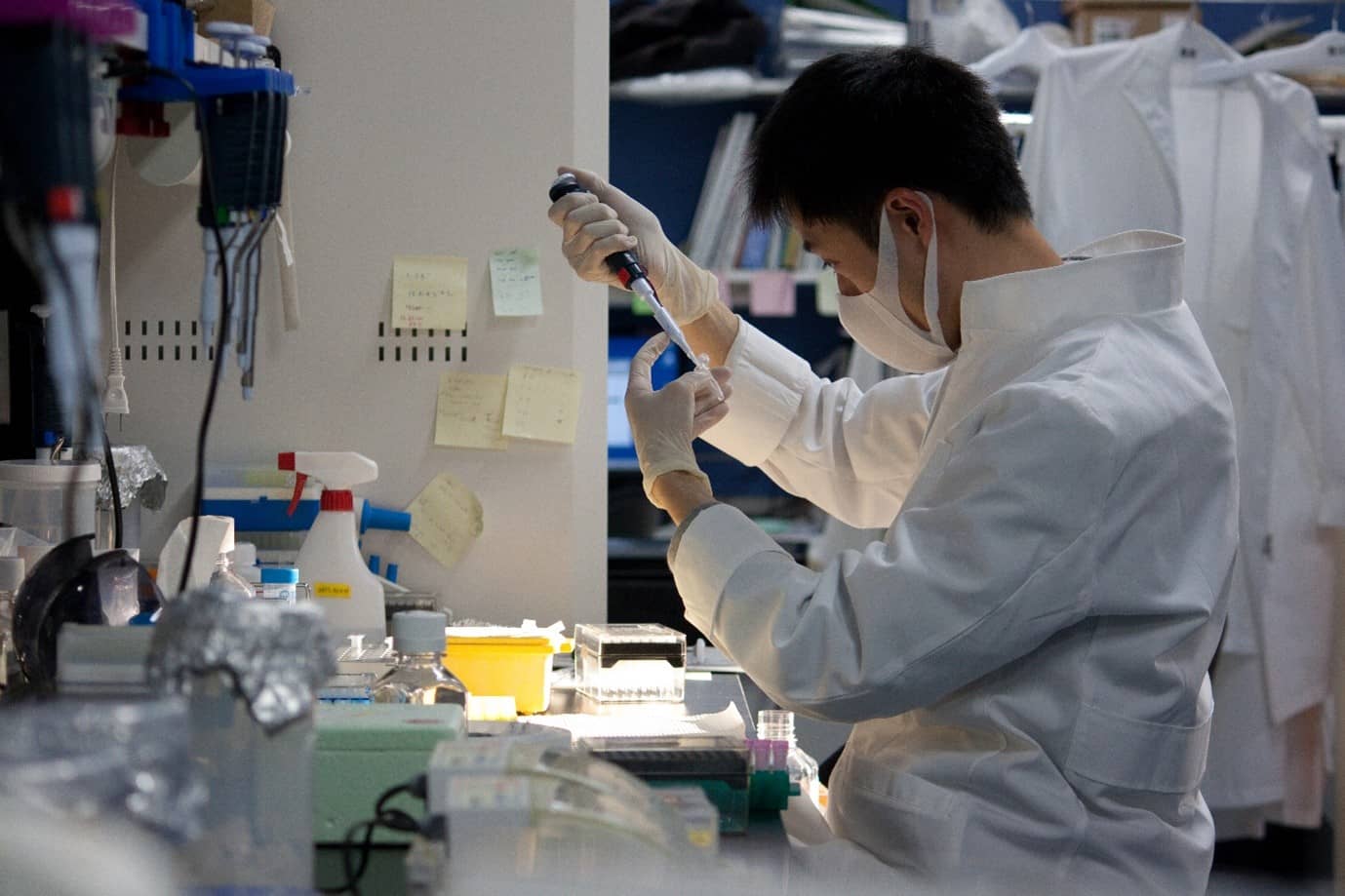 An experiment in an open lab   (Photo: The Center for iPS Cell Research and Application)

The “ES cells”, which are created from the inner cell mass that belongs to a part of the fertilized egg, are also pluripotent stem cells.  Similar to iPS cells, these have the pluripotency to differentiate into all tissues and can be proliferated almost infinitely theoretically.  In Europe and the United States, there are more research on regenerative medicine using these cells.

With regard to regenerative medicine in Japan, the Act on Ensuring Safety of Regenerative Medicine etc. was enacted in November 2014, and rules were established regarding procedures for treatment and outsourcing of cell culture processing.  In addition, some treatments are now covered by national insurance.

However, many cases are still not covered by insurance, and if you pay for treatment yourself, the medical expenses can range from several million yen to over 10 million yen.  Today's regenerative medicine, which is carefully performed manually, is only for a very small number of people.

The Netherlands has already started to move for accessible regenerative medicine for patients.  In addition to product and technology development, the Netherlands is also seeking cooperation from Japanese research institutes and companies/organization for many issues that need to be resolved in the future, such as regulations, quality control, logistics, supply chain construction, human resource development etc.

From care to cure— our healthcare is now at a turning point.  Would you like to take on the challenge of spreading regenerative medicine that supports health in the era of 100-year lifespans?  Looking forward to hearing from you. 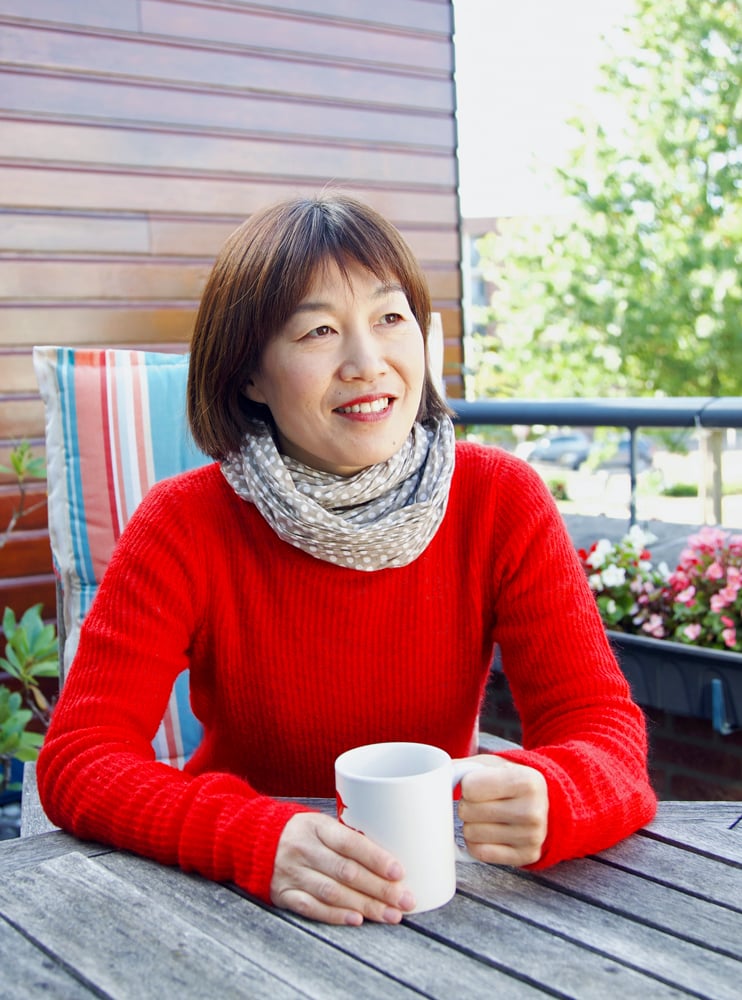